He wanted to outwit the police but almost ended up costing him his life. A supposed car thief in Australia swam in a river infested with crocodiles and bull sharks after staging a high-speed chase. The video of the event went viral on social networks. 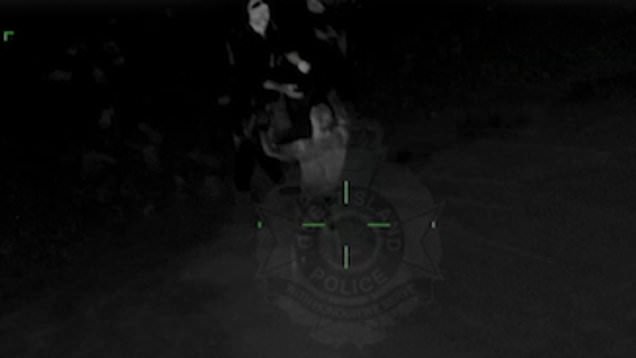 Through its Twitter account, the Australian State Police of Queensland shared the images recorded last Friday with night vision cameras that show the alleged criminal abandoning the Audi car on the side of the road.

In his attempt to get rid of the officers, the protagonist of the viral video left the car after, apparently, losing a front wheel while crossing a bridge over the North Pine River, known habitat of the aforementioned ferocious animals.

The thief entered the waters and swam about a kilometer. Despite his efforts, he was finally arrested by the authorities who were waiting for him on the shore and saved himself from being eaten by the aquatic predators.

After his arrest, the protagonist of the viral video was accused of theft, illegal use of a motor vehicle and illegal possession of a firearm. The Brisbane court is the one designated to see your case.

China Promises To Increase Its Imports and Reduce Tariffs

One Dead and Two Injured in Melbourne Stabbing