Brazil: Lula and Bolsonaro on the ballot on Oct. 30

October 4, 2022 by Vlad Tiruk in International

Supreme Electoral Tribunal (Tse) of Brazil released at 2:15 a.m. (7:15 a.m. Italian time) the virtually final results of the presidential election from which emerges the certainty of a runoff on October 30 between the two best-placed candidates. 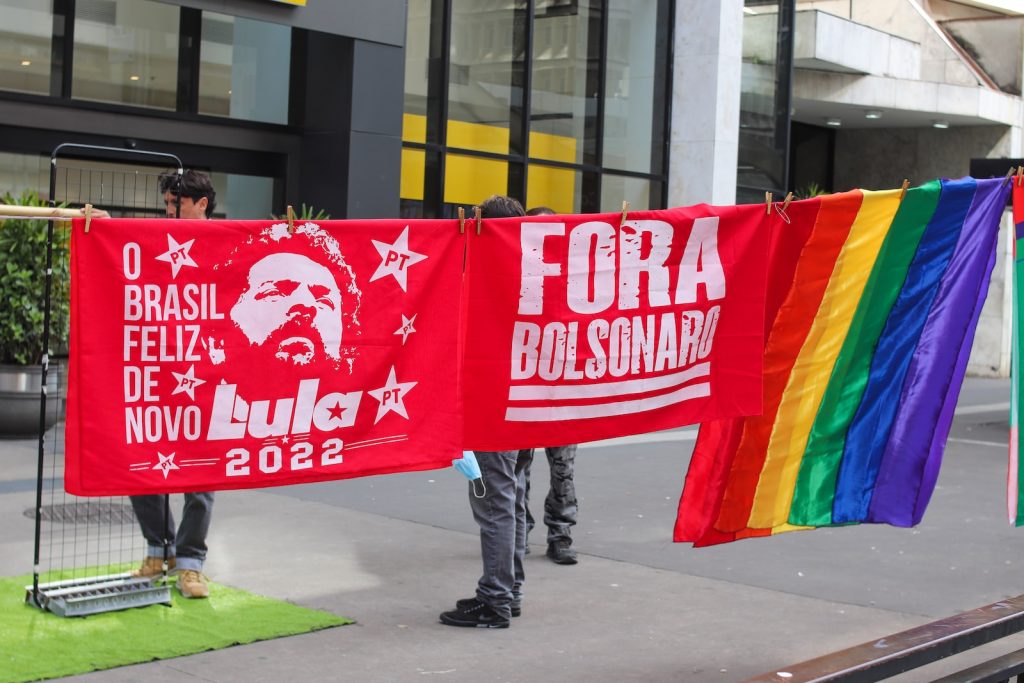 Sunday’s election turned Brazil’s National Congress into the most conservative in the history of the country’s democratic period. According to the Folha de São Paulo, Bolsonaro’s Liberal Party elected at least 99 parliamentarians, bringing home the best result in 24 years.

Brazil remains in the balance. The election result did not return a clear victory. The party is postponed until the Oct. 30 runoff. Luiz Inacio Lula da Silva, 76, icon of the South American left and big favorite at the polls, failed to confirm eve’s predictions of victory, which gave him up to 51 percent support as early as the first round. Near the end of the polls, the leader of the Workers’ Party (Pt) had totaled 48.43 percent of the vote, while his opponent, outgoing right-wing President Jair Bolsonaro (Pl), 67, 43.20 percent, beating all expectations, and trailing in a close count. “The struggle continues until the final victory.” The runoff is but an “extension,” Lula commented at the end of the polls, spurring the disappointed. Back in São Paulo from São Bernardo do Campo, his electoral stronghold where he had voted in the morning, the leftist leader waited for the response at the Novotel Jaraguà with his wife Janja, the deputy designated for his future government, Geraldo Alckmin, and former President Dilma Roussef. At the end of the evening, he reached the Paulista Avenue, booked for the turning point crowd, and reduced instead to a theater for a hug with a few tens of thousands of supporters. “We have won over the lies” of the “Datafolha” polling institute. Now “I will work to change the people’s vote,” promised Bolsonaro, earlier in the day the target of a hacker attack on his web page. He, too, returned from traveling to vote from Rio de Janeiro to the Palacio da Alvorada, his official residence in Brasilia, where the fence around the building was even expanded to accommodate his many supporters.
ANSA Agency
Lula takes back the stage but Brazil is divided – Politics
Despite the most polarized campaign in the history of the green-gold giant, the former trade unionist is convinced it will be “easy to restore peace and democracy in the country.”(ANSA)

Between now and the end of October, the game is undoubtedly wide open, and difficult days lie ahead for the green-gold giant, with a new appendix of high-tension campaigning. The risk is that Bolsonaro will throw gasoline on the fire, igniting the squares and accelerating in his relentless attacks to discredit the Superior Electoral Tribunal (Tse) and its president, Judge Alexandre de Moraes, the heart of democratic procedures. It is a dangerous drift, with Western countries – Europe and the United States in the lead – having sent appeals in recent weeks calling for respect for the rule of law. And in this transitional period, the outgoing president could launch provisional measures with immediate effect (with publication in the Official Gazette) to give new impetus to the liberalization of arms sales, thus increasing the risk of political violence. Extreme polarization, which in the 46 days of poisonous campaigning, from Aug. 16 to the opening of electronic polling stations on Oct. 2, has already resulted in three deaths, and various incidents of intimidation. According to analysts, weighing on the result were the undecided, the abstention rate, and those who believed in embracing the choice of the so-called ‘useful vote’ (that is, those who would have liked to see the election closed in the first round). Despite the fact that voting for the 156million Brazilians called to the polls is mandatory, the abstention rate has risen from 20.3 percent in 2018 to the current 20.94. And it is precisely Lula who would be the most harmed by this increase in absenteeism.

The first round was also followed by international observers from the Organization of American States, at the invitation of the Tse. The group-consisting of 55 experts from 17 countries-was deployed in 15 of the 26 federative states and in the Brasilia District. certifying that everything went smoothly, as the head of the mission said, But also watching over the ballot box were the military of the army, in an initiative pushed by Bolsonaro, who like his opponent Lula now ponders his next moves for victory.

Liz Truss is stepping down as Prime Minister after failing to “fulfill her mandate”.