How to avoid that children discover that Santa Claus does not exist?

Parents are sometimes more attached to the Christmas story than their children. And to keep the magic going as long as possible, some parents resort to particularly elaborate scenarios.

A glass of half-consumed milk, clementine peelings and shortbread crumbs on the table: for a long time, this food trio was the irrefutable proof of Santa’s passage on the night of December 24 to 25. But this recipe is no longer enough to convince young children. Between blended siblings, shifted Christmas Eves and multiple gift distributions, not to mention bad language in the playground or leaks on parents’ cell phones, some adults are redoubling their imagination to keep their offspring in the Christmas illusion.

Since their first son discovered, in first grade, the true origin of the gifts “on the family WhatsApp”, Nicholas Snow and his partner are determined to make the “Christmas universe last as long as possible” for the second one (4 and a half). “One evening, our first boy was playing on my smartphone and said, “Grandma is going to buy me the Spiderman robot track, I saw it on your phone.” He was 6 years old. I was angry with myself,” says the Parisian dad, who has learned his lesson. Since then, “with my sisters and my parents, we only deal with stories about gifts verbally and when the children are at school. I’m not going to be tricked again. He has imposed a similar system on his in-laws: “We send each other emails, and it works very well.”

“For me, it’s important that the kids live this magical time as long as possible. Everything is so depressing the rest of the time” – Nicholas Snow, 2 children

In December, the television in the dining room stays off, toy catalogs don’t make it into the mailbox, and he picks up the week’s groceries at the drive-through. “It keeps the kids from running into Santa Clauses who are there to entertain. We try to keep our kids in a bubble until December 24. Eventually, even the eldest is tempted to believe in it again,” laughs Nicholas Snow, who, on the night of the 24th, goes to bed last to put the presents at the foot of the tree, and wakes up “at 8 o’clock in the morning with a bang”. “For me, it’s important that the children live this magical time as long as possible. Everything is so depressing the rest of the time.”

Escaping spoilers in the middle of Advent: the process is not simple and involves thinking through a scenario to prepare the clues. With four children from two unions, including a four-year-old daughter, Marie Winter is a specialist in this field.

Every year in December, this forty-year-old woman living in Laval (Mayenne) enjoys “the magic of the end-of-year celebrations” and likes to make people “believe that Santa Claus is coming”. The two older children (20 and 18 years old) have been accomplices in this well thought-out organization for many years. They had better not be telling the truth,” she laughs. I’m a Christmas believer.” A real family contract that Joseph, 9 years old, has just joined. “He understood the truth this year at school, it was difficult for him … But now, he is happy to continue to make his little sister believe.”

“The print of a big boot in the ashes of the fireplace at my parents’ house, the children had been scotched!” – Marie Winter, 4 children

If this dynamic real estate agent leaves a window ajar in the early morning of the 25th, since there is no fireplace in the house, she also takes care to “tap a cushion on a chair to show that he sat down and ate his snack. She multiplies the evidence, “but without making it too big. I add little concrete things,” she says with amusement. For example, there is always an object that Santa forgot near the tree, a piece of the sleigh, a piece of fabric.” Her best idea? “The imprint of a big boot in the ashes of the fireplace at my parents’ house, the kids had been taped!”

Read  Tankers attacked in the Gulf of Oman 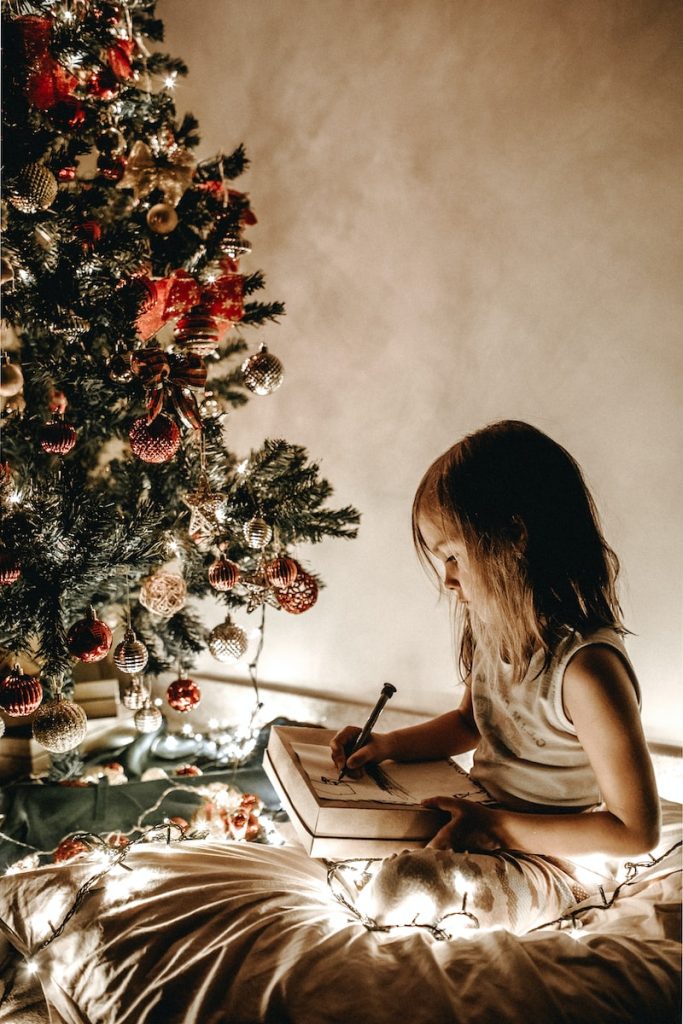 Elf Lutin, an American living in Nîmes for fifteen years, is banking on a connected Santa. “I take a picture of my son in front of the toy and I tell him that we’re sending the message to Santa. But this mom also relies heavily on storytelling and tradition. She prepares an advent calendar with “lots of little love notes trying to make it look like they are from Santa’s agents.” She has kept her book, The Night Before Christmas, which she received in 1981. “It’s an old book, with outdated drawings, it’s damaged. I open it carefully, make it a bit of a solemn moment, and it helps to immerse yourself in a magical world.” Always enamored with the enchantment of cities at this time of year, Elf Lutin has found the retort when the white-bearded men are a little too many per square mile: “I tell my son, ‘Honey, those are Santa’s agents.'” Yet, this is a complex time to live as a mom: “This lie contradicts everything I try to put in place every day in my parenting. This story disturbs me internally, it’s true, but I’m still too convinced by the magic of Christmas to let it go.”

Limiting the risk of escape

In Rouen, Gobelin Grinch sometimes reads “guilt-inducing articles for parents”, but she too is “passionate about Christmas”. “It’s a beautiful story, I want to make my children dream.” In her house, the tree is on display from December 1 until March. She goes to get several toy catalogs to prepare the lists of her children of 7, 6 and 2 years, and send them to Santa Claus. “My kids don’t watch TV and see very few commercials, they only look at things we select.” A way to limit the risk of leakage, even if her oldest child, in second grade, seriously doubts it. “She explains to me that at school, everyone tells her that it does not exist. I’m careful. I don’t want her to fall too far. In the yard or with the cousins, you can’t control everything, so I bring things up differently. I say, for example, that Santa is not alone and needs help… But we adults cultivate that spirit, and she still wants to believe, at least for this year.”

If some get by with three times nothing, others opt for the big show. In Montpellier, for Harry & Ron (they wish to remain anonymous), this Christmas 2022 takes a special turn. In this southern city, “in the sun and without the snow,” they say, “the magic doesn’t work the same way. The couple leaves with Rachel, 5 years old, for Quebec in mid-December. On the agenda: a return trip to Santa’s village. “We should visit the elves’ village, take a sleigh ride, and see the reins. Our idea is to amaze our daughter with splendid landscapes and to make her live a Christmas tale. We will return on the 27th and the gifts will be placed at the foot of the tree.

Preparing for Christmas in all discretion is anticipated, especially when traveling, as at the Dwoarf’ home in Nîmes. We are never home for the holidays,” says Virginie. We have to hide all the gifts under the suitcases in the car, in the middle of the night, when the girls are sleeping! Or we have to organize early deliveries to my parents’ house. Every year, the little ones write to “Santa Claus, North Pole, Land of the Elves”. “We always get an answer, with a coloring page. It’s magical for kids and it works.” As proof: two of her daughters believed in Santa Claus until they were over 8 years old. On the other hand, the eldest daughter discovered the reality alone. “At 7 years old, Krill told me: “There is the price on the catalog, mom!” She understood. I was disappointed, she was too young not to believe anymore.”

Christmas tree, crib, log: how to understand the symbols of Christmas?