On December 23, 1951, an effigy of Santa Claus was burned on the square in front of Dijon Cathedral in front of nearly 150 astonished children. This incident quickly became a national affair. Did some believers burn Santa Claus because this figure, imported from the United States, had become the symbol of consumerism and would eclipse Jesus?

In any case, the very next day, Canon Kir, mayor of Dijon at the time, organized a staged event, rappelling Santa Claus down the façade of the town hall and publishing a press release stating that the previous day’s action was nothing but a masquerade!

This astonishing historical reminder opens this documentary devoted to the long and tumultuous history of Santa Claus through the ages. Under different names, different aspects, Santa Claus has conquered the world, from Brazil to Japan, through Europe, the United States and Africa. But the road was long. From the Scandinavian god Odin to the Roman goddess Strenia (from which the word “Christmas” comes) and Saturn, Santa’s ancestors bore little resemblance to the friendly old bearded man… 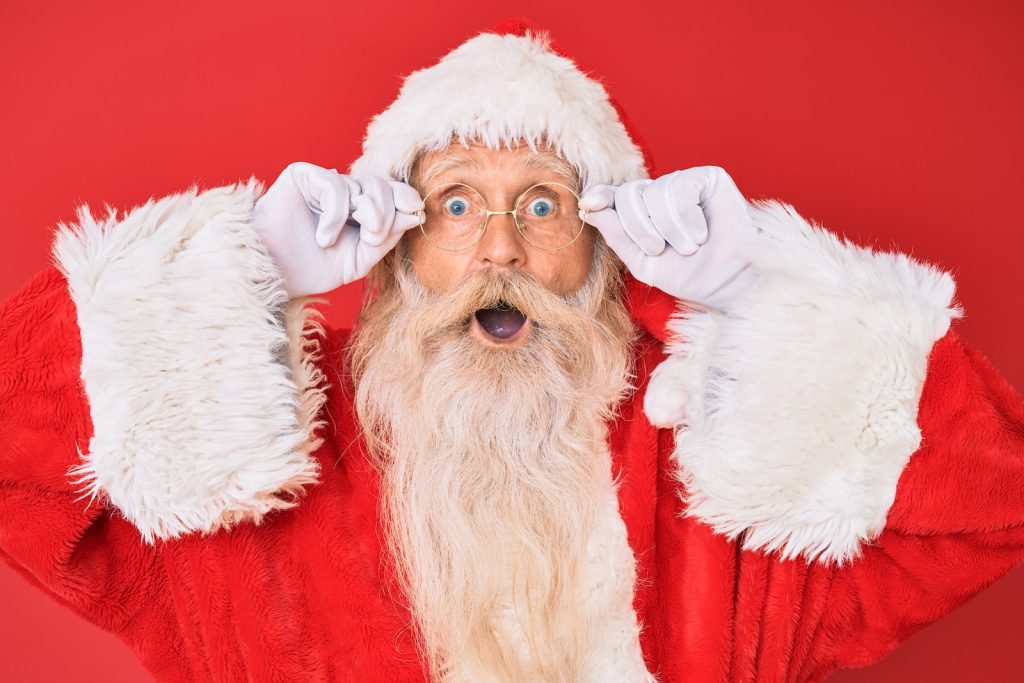 In 343, Saint Nicholas, of Greek origin, appeared in the city of Myre where he was bishop. He is represented there with children for whom he would be the savior. Patron saint of children but also of sailors, butchers, prisoners and Lorraine, St. Nicholas will be celebrated on December 6 each year. “For a long time, things have been well divided: the field of religion is that of the little Jesus, on December 24 in the evening. The field of the one who became Santa Claus, it is that of Saint Nicholas, on another date”, underlines the writer Jean-Pierre Guéno.

It is in New York that will be born in the XIXth century the figure of Santa Claus, called Santa Claus. The American illustrator Thomas Nast was the first to propose the representation of Santa Claus as we know him today: a jovial old man, bearded, smoking a pipe and transported in a sleigh pulled by reindeers.

Between the two wars, the Americanized Santa Claus invaded advertisements and department stores. Totalitarian regimes rejected him (Stalin) or tried to recover him (Hitler, Pétain). After the war, Tino Rossi sang his glory, but for some, Santa Claus is more than ever the symbol of capitalism, with a terrible carbon footprint and junk food!

So, should we burn Santa Claus? From time immemorial, people have wanted to appropriate my image, to get rid of me. I have been banned, sacrificed, hanged, burned… but I will come back, as I do every winter, because there will always be young and old to believe in me”, says the main person concerned, who, according to the latest news, lives in Rovaniemi, in the Far North of Finland.

How to avoid that children discover that Santa Claus does not exist?