A Henry Martini rifle manufactured in 1873 that had been used by Queensland police is one of 57,324 illegal firearms recovered by the Australian Government in just three months. 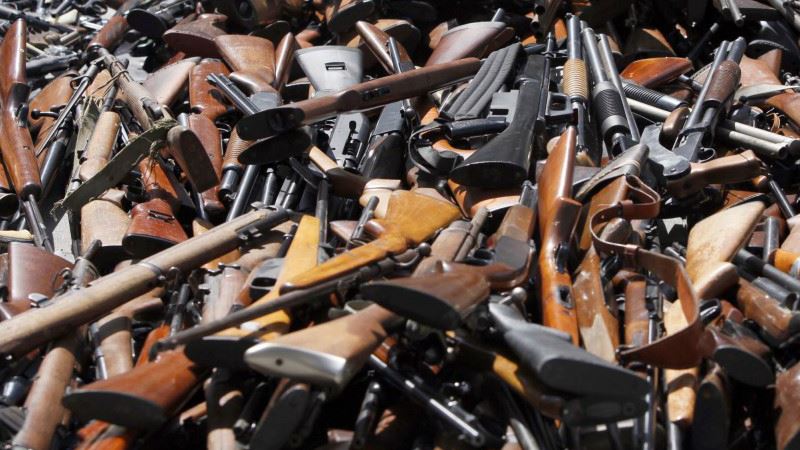 The recovery of the weapon is part of the national amnesty that has allowed its owners to return guns, rifles and shotguns without being interrogated or prosecuted for their illegal possession. The purpose of the plan is to prevent its use in terrorist acts.

The aim of this amnesty, which lasted from July 1 to September 30, 2017, was to reduce the number of weapons fire unregistered in Australian regions.

The measure was strongly driven after the kidnapping on December 15, 2014, at a Sydney coffee shop in which an armed man, named Man Haron Monis, kidnapped 17 people for 16 hours, murdered two of his hostages and then died.

In October 2016, the ministers of each jurisdiction approved the amnesty for firearms, the first carried out throughout the country. For supporters of gun control in the United States, this is an example.

But the violent episodes with firearms in the country come from time ago. In 1996, Martin Bryant killed 35 people with a semi-automatic weapon. After this massacre occurred in Port Arthur, a former prison and tourist site on the Australian island of Tasmania, located in the south of the country, the law prohibits firearms in the country. Since then, Australia has not suffered any massacre of these dimensions.

After the attack in Port Arthur, more than 600,000 weapons were destroyed. However, the Australian Criminal Intelligence Commission continues to calculate that there are more than 260,000 firearms present in the illegal market. Illegal possession of firearms carries a fine of 280,000 Australian dollars (177,000 euros) or 14 years in prison.

The police are optimistic. “This operation shows what can be achieved when the Government and the Australian public work together to make us safe,” said Police Minister Angus Taylor. “The next phase will consist of a law that suppresses arms trafficking,” the minister added.