In the first days of 2018, extreme weather has affected animals at different points of the planet. In Florida (United States), iguanas rained down last week, falling from trees frozen by low temperatures. Now in Sydney, hundreds of bats are dying because the extreme heat boils their brains, according to experts said Tuesday. 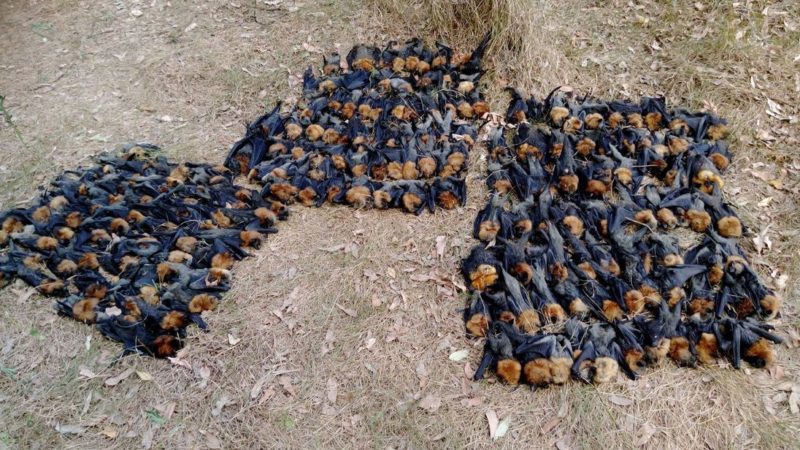 Hundreds of bats of the species Pteropus alecto was also known as flying fox – have died in recent days from high temperatures, which reached 45 degrees Celsius on Sunday, the hottest day in Sydney since 1939. These animals, the bats Australia’s largest, are a protected species in the country, which is sheltered in trees.

“Basically their brains are boiled,” said Kate Ryan, responsible for a colony of these bats in the suburb of Campbelltown. ” The heat affects their brains, which fry and makes them incoherent,” said Ryan, who has compared what happens to these animals with the effect it would have for a human to spend long hours standing on a dune without shade.

Some of these animals fall dead from the trees and others die to hang from the trunks. Others survive and are assisted by professionals and volunteers from different organizations, who in recent days have managed to rescue hundreds.

The State of New South Wales Wildlife Information, Rescue and Education Service (WIRES) have explained on its Facebook account that volunteers provide subcutaneous liquid animals to try to revive them. “Many lives were saved, but unfortunately many were also lost,” he said. The number of bats killed by high temperatures could reach thousands, they have warned from WIRES.

Flying fox bats are a key species in Australia, as explained on the WIRES website. These animals fly long distances each night and disperse the seeds that allow the jungle and forests to survive. They also enable the pollination of eucalyptus, a tree that koalas feed on.