It is uncommon for a prime minister to apologize on behalf of an entire country. In the history of Australia, it has only happened twice, and the second one has been pronounced by Scott Morrison, the current leader of the oceanic country. 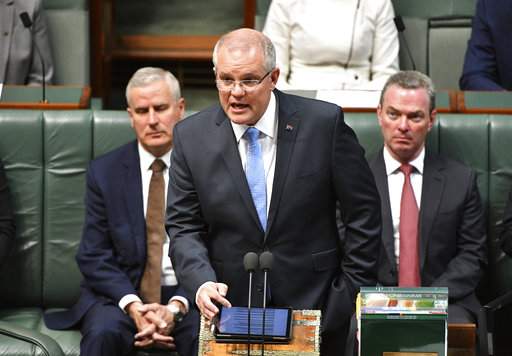 Morrison has addressed a message to the nation to apologize to victims of sexual abuse and their families. The institutional apology comes after a five-year investigation that brought to light more than 8,000 cases, mostly in children’s centers governed by religious or by the State.

“Today, as a nation, we face our failure because we have not listened, believed or offered justice,” lamented Morrison in the capital, Canberra, before 800 victims and relatives, some of whom burst into tears during his speech. “We apologize to the children we fail: sorry, to the parents whose trust was betrayed and who have fought to repair the damage: sorry,” the leader emphasized.

In 2008, the then prime minister, Kevin Rudd, delivered another national apology speech. Then it was the indigenous Australians, by the policies of assimilation that ripped aboriginal babies from their families to give them to white fathers.

Prime Minister Morrison has pledged to improve vigilance to avoid future cases, but that has not stifled the criticism of some victims. This is the case of Tony Wardley, who suffered abuses in the 80s: “If they think that asking for forgiveness the problem is going to end, it is not like that, there is still a lot to do,” he told a television station.

“It has been something very intense, a lot, to be present in the room,” confesses Graeme, another of the victims. “I looked around and thought to myself: there is no other place with more strong people in the whole country.” “I am proud of being a victim and of all the victims,” he added.

The Australian State has compensated some victims with up to 92,000 euros. The government, in the hands of conservatives, has not yet decided if it will adopt some measures emanating from the investigation, such as requiring Catholic priests to report cases of abuse they hear in confession. The Australian bishops’ conference declared last June that it will not comply with this state legislation if it is approved.