A man opened fire in a synagogue in the US city of Pittsburgh on Saturday, leaving several dead and injured before being arrested, police said. 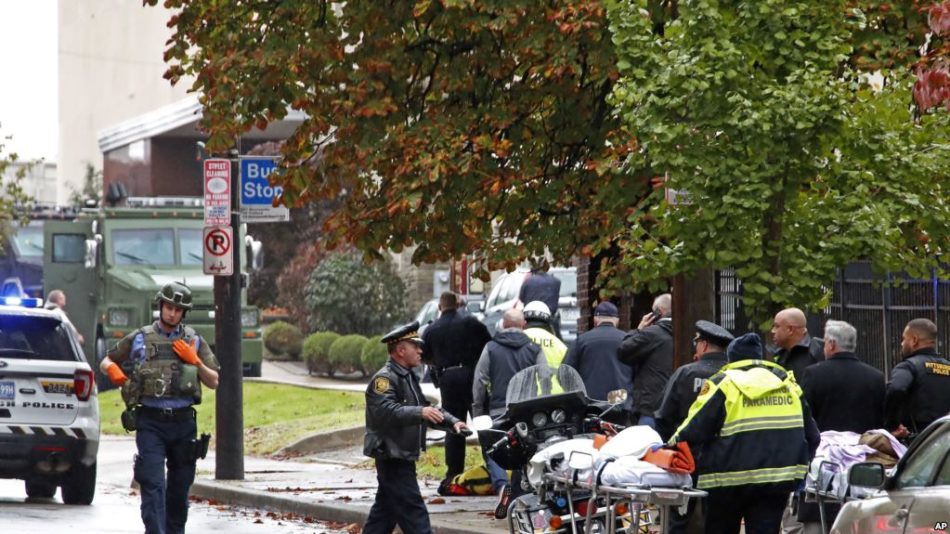 The reasons for the attack in the Tree of Life synagogue, where dozens of people celebrated the Jewish Shabbat, and which happens at a time when the United States is witnessing a sharp increase in anti-Semitic incidents, have not yet been confirmed.

“I’m looking at the events taking place in Pittsburgh, Pennsylvania, the security forces are on the scene, people in the Squirrel Hill area must remain refugees, there seem to be multiple deaths,” US President Donald tweeted. Trump.

“It’s a terrible thing, terrible what is happening with hatred in our country, frankly, and around the world,” Trump told reporters before leaving for a series of campaign events in Indiana and Illinois. “You have to do something,” he said.

A police spokesman who spoke with the press confirmed that there are “multiple victims” and said that three officers were hit by the shots before the shooter was arrested. The condition of the officers has not been confirmed.

Police was still clearing the building, the official said. A woman at the scene told CNN that her daughter was with other people who ran down the stairs and barricaded themselves in the basement of the synagogue after hearing the shots.

“They’re safe, but they kept hearing gunshots and everything else,” he told the network. Television images showed a SWAT police team and ambulances in the area.

The Tree of Life synagogue is approximately eight kilometers east of downtown Pittsburgh, in the residential neighborhood of Squirrel Hill.

Earlier, the Pittsburgh Public Safety Department had reported on Twitter that there was “an active shooter in the Wilkins and Shady area.”

“There are multiple victims,” said Police Commander Jason Lando, quoted in the Pittsburgh Post-Gazette. It is the latest shooting incident in the United States, where firearms are linked to more than 30,000 deaths per year.

Michael Eisenberg, former president of the Tree of Life synagogue, told CNN that the temple door is usually open on Saturdays, with church services going, and that the police only deploys on holy days, Jewish religious holidays most sacred annuals.

He also said that security was a “big concern” during his term as president and that there were training on shootings for “if something horrible happened like this.”

Although the motive for the shooting has not been confirmed, anti-Semitism and hate crimes have increased in the United States in recent years.

On Friday, Jonathan Greenblatt, national director of the Anti-Defamation League (ADL), published an opinion piece in the Washington Post newspaper denouncing an increase in anti-Semitism on university campuses.

Those episodes multiplied last year, reflecting an increase in anti-Semitism throughout the country, when incidents increased 57%, from 1,256 to 1,986, according to the ADL.

Squirrel Hill has historically been the center of Jewish life in Pittsburgh and houses 26% of all Jewish families in the area, according to a study by Brandeis University.

According to that 2017 survey, more than 80% of the residents of the neighborhood said they had some concern or were very concerned about the increase in anti-Semitism. The Tree of Life congregation was founded more than 150 years ago and in 2010 it merged with Or L’Simcha.