A Lion Air airline crashed into the sea on Monday minutes after taking off from the Indonesian capital with 189 people on board, an incident that deals a severe blow to the country’s aviation safety record after the European Union and the United States will withdraw the ban on Indonesian airlines. 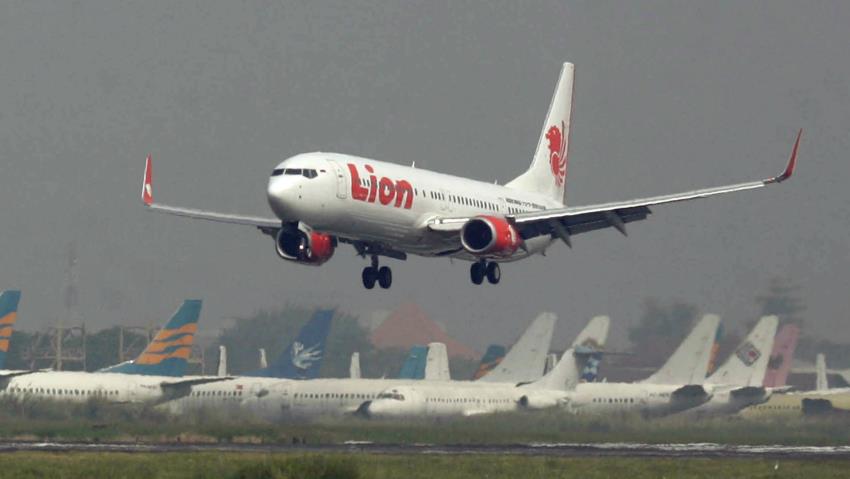 The Indonesian disaster agency posted photographs on its social media accounts of the ship’s remains, including a crushed smartphone, books, suitcases and parts of the plane’s fuselage that have been recovered by search and rescue vessels.

The rescuers found “for hours human remains that were no longer intact therefore it is likely that the 189 people (onboard) have died,” said Bambang Suryo Aji, operational director of the Indonesian rescue services, at a press conference. The device, a Boeing 737 MAX from the low-cost carrier Lion Air, requested to return to the airport in the capital shortly before contact with air control was lost. The plane was headed for Pangkal Pinang, a city on the island of Bangka, in front of Sumatra.

“The plane crashed in the water,” said Yusuf Latif, spokesman for the search agency. According to the president of the Indonesian airline, Edward Sirait, the Lion Air Boeing that crashed on Monday had been repaired due to a technical problem. The device “was repaired” on the island of Bali “and then flew to Jakarta,” said Sirait. “The technicians in Jakarta received a warning and made a repair before they left for Pangkal Pinai,” their destination at the time of the accident, the source added.

Sindu Rahayu, general director of civil aviation at the Ministry of Transport, announced in a separate statement that the plane was carrying 178 adult passengers, one child and two babies, as well as two pilots and six cabin crew members. It is not known if there were foreigners on board.

Read  The incredible saga of Santa Claus, from pagan king to advertising god

“The plane requested to return to its base before disappearing from the radars,” Rahayu said. The Flightradar flight tracking portal shows, on a map, the trajectory of the Boeing 737 Max 8, which, after taking off in a southwesterly direction, turns south and then towards the northeast, before abruptly interrupting the Java Sea, not very far from the coast.

Images of remnants of the device, including an evacuation slide and the remains of mobile phones, were posted on Twitter by the spokesperson of the disaster management agency Sutopo Purwo Nugroho.

In other images filmed at the Pangkal Pinang airport – the flight destination – you could see families crying, talking with their mobile phones and hugging each other. Some of the people muttered: “Oh, my God.”

Indonesia, a Southeast Asian archipelago of 17,000 islands and islets, is highly dependent on air transport, and accidents are frequent. A 12-year-old boy survived a plane crash in August that killed eight people in a mountainous area of the remote province of Papua (east).

In December 2016, 13 people were killed in the crash of a military aircraft near Timika, another mountainous region of Papua. In August 2015, an ATR 42-300 of the Indonesian company Trigana Air, which was carrying 44 adult passengers, five children and five crew members, all Indonesians, crashed due to bad weather in the Bintang mountains. No survivors were found.

Lion Air, a low-cost company, was involved in several incidents. In August 2017, a company Boeing damaged an ATR-72 wing of the company Wings Air, Indonesia, waiting to take off at the Kualanamu International Airport in Medan, the third city in the country, in the north of the country island of Sumatra. The collision did not cause any injuries.

In May 2016, two Lion Air aircraft collided on the runway at the Soekarno-Hatta airport on the outskirts of Jakarta. In April 2013, one of the company’s Boeings did not make it to the airstrip at Denpasar International Airport on the Indonesian island of Bali and crashed into the sea. The 108 people on board, 101 of whom passengers, survived but some 40 were injured.

Lion Air is a subsidiary of Lion Group, which owns four other companies: Wings Air and Batik Air in Indonesia, Malindo Air in Malaysia and Thai Lion Air in Thailand.