September 9, 2019 by Mathis in International

In difficulty, Boris Johnson could relaunch himself with new elections but the head of government no longer has a majority in parliament. 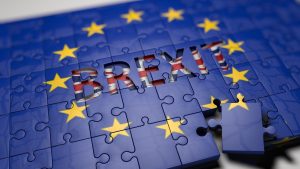 At the end of a catastrophic week for the British Prime Minister, MEPs decide on Monday 9 September whether they want the early elections Boris Johnson wanted to get out of the political crisis and implement his highly criticised strategy on Brexit.

After the defection of a Tory deputy for the Liberal Democratic Party and the exclusion of 21 moderate Conservative Party members from the Conservative Party who voted with the opposition on a bill to prevent an exit without the agreement of the European Union, the head of government no longer has a majority in Parliament. In addition, his own brother, Jo Johnson, slammed the government’s door on Thursday, citing the “national interest”, followed on Saturday by Labour Minister Amber Rudd.

Elections could revive it. According to a YouGov poll in the Sunday Times, the Conservative Party leads with 35% of the vote, 14 points higher than Labour. Other recent polls show a narrower gap between the two parties, with the Conservative Party leading the way. To hold these elections, Boris Johnson needs a two-thirds majority in Parliament. However, the opposition is not in favour of these elections in the immediate future, preferring to make sure first that a “no deal” is excluded.

Boris Johnson came to power in July, promising to take the United Kingdom out of the European Union on 31 October, with or without agreement. He opposes any new deadline for Brexit, initially scheduled for 29 March. But, mainly opposed to a “no deal”, Parliament passed a bill forcing it to postpone the Brexit date by three months if it does not obtain an exit agreement by 19 October, just after the European Council on 17 and 18 October.

However, Boris Johnson repeated on Sunday at the Sunday Express that he “refuses to accept any unnecessary postponement” of the Brexit, for which 52% of the British voted in the June 2016 referendum. The head of government has “absolutely no intention” of asking for more time at the European Council on 17 and 18 October, his finance minister, Sajid Javid, told the BBC on Sunday.

The opposition fears that Boris Johnson will ignore the anti-“no deal” law, which is only waiting for the queen’s approval to come into force, and that the case will end up in court.

Any new deadline will still have to be approved unanimously by the other 27 EU Member States, and France does not seem convinced for the time being. The head of French diplomacy, Jean-Yves Le Drian, warned that in the “current circumstances” it would be “no”. The British “say they want to propose other solutions, alternative arrangements to ensure withdrawal (…). We haven’t seen them, so no, we’re not going to do it again every three months,” Le Drian said Sunday. Amber Rudd also denounced the lack of British efforts in the negotiations, stating in her letter of resignation that an exit without an agreement was no longer the government’s “main objective”.

Sajid Javid, on the other hand, assured that there were “many new ideas” on the table. “We are working tirelessly to get an agreement,” the finance minister said on Sunday on the BBC, explaining that further meetings will be held this week in Brussels.

Boris Johnson in Ireland on Monday

Boris Johnson is also travelling to Ireland, where he will meet Prime Minister Leo Varadkar in Dublin on Monday morning. Ireland is at the heart of the negotiations between the United Kingdom and the EU, which are unable to find common ground on the “safety net”, also known as “backstop”. This mechanism, included in the Brexit Agreement, provides that, in the absence of a better solution after a post-Brexit transitional period, and to avoid the return of a border between the British Province of Northern Ireland and the Republic of Ireland, the entire United Kingdom remains in a “single customs territory” with the EU.

Boris Johnson opposes this, arguing that it would undermine the country’s sovereignty and prevent it from pursuing a trade policy independent of EU rules. “I don’t anticipate any major progress tomorrow,” Varadkar said Sunday as he toured the Brexit infrastructure at the port of Dublin. “If we reach an agreement, it is more likely that this agreement will be reached in October at the European Summit. »

After the vote of the deputies, scheduled for Monday at the end of the day, Parliament will be suspended until 14 October.

Trump’s dismissal procedure: the “New York Times” at the centre of a controversy