December 20, 2022 by Vlad Tiruk in International

Composed of Argentinians, French, Croatians and Moroccans, the four nationalities present in the last four, here is the typical eleven of the World Cup 2022. Between revelations, aesthetes and geniuses of this sport, this formation organized in 3-4-3 traces the top of international soccer. 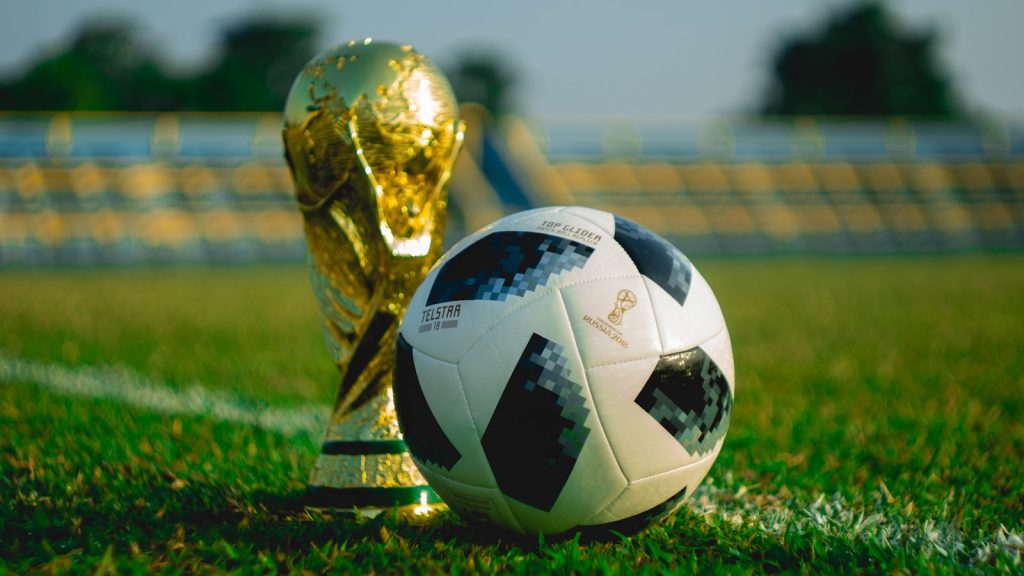 The verdict fell this Sunday evening at the end of a totally crazy game and a match with a rare suspense. Led by its hero Lionel Messi, crowned for the first time in his career, Argentina has won the third star in its history, after 1978 and 1986, at the expense of France (3-3, 4-2 on penalties). This 22nd World Cup final was the culmination of a tournament that was widely criticized at the beginning. From the Brazilian rout to the Argentinian victory, from the Moroccan dream to the new French epic, this competition has seen many twists and turns. More than the laughter and tears, typical of the greatness of the event, this World Cup has also revealed many players. What to concoct a typical eleven.

– Emiliano Martinez: controversial, provocative, even exasperating for some, the last bastion of the Albiceleste is nevertheless one of the great architects of his team’s victory. Solid on his line throughout the World Cup, the Aston Villa goalkeeper, warmed up by Kylian Mbappé’s declarations, once again pulled out all the stops during the decisive penalty shootout against the French. A save against Coman, a destabilization against Tchouaméni and a new confusing celebration in front of the cameras at the time of receiving the trophy of best goalkeeper of the competition. Perfect summary of his epic in Qatar.

– Nicolas Otamendi: criticized for his debut with Argentina and held as one of the main responsible for the debacle experienced against Germany in the quarterfinals of the 2010 World Cup, the current Benfica defender has since completely transformed himself. Very reassuring throughout the competition, the former Porto and Manchester City has established himself as the boss of the Albiceleste defense. With 36 duels won, 10 interceptions and very few dribbles suffered, Otamendi reigned supreme. From the poor student seen at Cape Town Stadium to the solidity displayed on the Qatari lawns, the progression is confusing. Performances rewarded with a first star on the world stage.

– Joško Gvardiol: sparkling throughout this World Cup, the masked man of the Vatreni disgusted all the opposing strikers… before Lionel Messi reminded him that he was on a mission. Except for this impotence against the genius, the rest is impressive. Valuable tackles, saving returns, a solidity of all the moments in the duel, imperial in the air. A World Cup that should certainly open the doors to a bright future. Manchester City has seen it all.

– Dayot Upamecano: called by Didier Deschamps to play in the first World Cup of his history, DayHot Upamecano did not miss. Dominant in duels, precious in deep situations, inspired in the recovery, the Bayern Munich defender proved that he was, today, one of the most complete defenders in the world. Alongside Varane and Konate, the Ebrocian, affected by the virus and absent against the Atlas Lions, has rarely been caught out, like his amazing performances against Australia and Denmark. The outcome of the Lusail Stadium, this Sunday, December 18, will nevertheless leave him with a bitter taste.

– Sofyan Amrabat: a substitute for Fiorentina last season, the 26-year-old defensive midfielder will most likely never see the bench again. Author of a World Cup XXL and symbol of the historic journey by the Atlas Lions, the Moroccan is logically part of this team type. Indisputable starter in the sentinel position in the middle 3, the native of Huizen (south-east of Amsterdam) was monstrous during the group phase and even more so against Spain and Portugal or even against France while he was playing with a back injury. With an impressive volume of play, he remains one of the great revelations of this World Cup.

– Luka Modric: let’s talk about revelation for some, let’s talk about confirmation for others. Unhappy finalist in Russia despite an exceptional World Cup, the 2018 Ballon d’Or winner has done it again in Doha. The Croatian did not score a goal or an assist, but the Real Madrid midfielder once again shone in the midfield of the Vatreni. Great architect of the third place won by Zlatko Dalić’s men, his majestic performance against Brazil is still available in replay. A 37-year-old virtuoso who will inevitably leave a great void when he decides to hang up.

– Enzo Fernandez: placed on the bench at the beginning of the competition before joining the team in the third game against Poland, the Benfica player quickly established himself as a starter for Lionel Scaloni and his inexperience on the international scene was clearly not felt. He was awarded the best young player of the tournament, and his activity in midfield was essential for the Albiceleste to win the world title. Impressive in the recovery of the ball, his quality of orientation in the game is also to be noted. Lieutenant of Lionel Messi, the 21 year old midfielder should quickly see the European majors position themselves.

– Antoine Griezmann: a failed final, certainly. But for the rest… what can I say? Folded back in the position of relay midfielder since the beginning of the World Cup, the man to do everything for Les Bleus has been running, pressing, recovering in several areas of the field and even often in the box of Les Bleus, with some key saves throughout the four weeks of competition. The Colchoneros player was technically correct, as he was in the world-class semi-final against Morocco, and made the French game in Qatar even better. It’s hard to blame the native of Macon for this final missed game, as his contribution throughout the competition has been invaluable.

– Lionel Messi: some would definitely say the GOAT. And for good reason, the work done by the Pulga in this World Cup has a special resonance. Let’s get over the tears of his best enemy, CR7, this star won on the gong against the Blues certainly places the seven-time Ballon d’Or winner at the top of this sport. Named best player of the tournament, the one who totals 7 goals and 3 assists in Qatar did not stop carrying his team, as in this final marked by a new double and a cold-bloodedness to transform his penalty. If some people like Zlatan Ibrahimovic were already calling for destiny, Messi was in charge of writing it. Genius.

– Kylian Mbappé: brilliant, impressive, insufficient. The final of the native of Bondy is the image of his tournament. Sometimes transparent, often disgusting, the Paris Saint-Germain striker has sparkled during this World Cup. Top scorer of the competition with 8 goals – and two assists – his historic hat-trick against the Argentinians was not enough. A cruel fate for the French number 10 which does not take away the dimension taken by the Parisian on the world scene. Decisive against Australia, tormentor of Denmark and Poland, catalyst against Morocco and brilliant against the Albiceleste, Mbappé will have done everything to get his second star. A gift stolen, just, for the one who will blow on his 24th candle, this Tuesday.

– Julian Alvarez: the future of the Albiceleste at the top of the attack is assured. For his first World Cup, the new Manchester City striker has shone. Author of 4 goals in 7 matches, the 21-year-old striker has perfectly supported Lionel Messi in the lead. Like his double and his performance against Croatia in the semi-final, the prodigy of Calchin has entered a new dimension. To the delight of Lionel Scaloni but also of Pep Guardiola, already coach of a certain Erling Haaland…